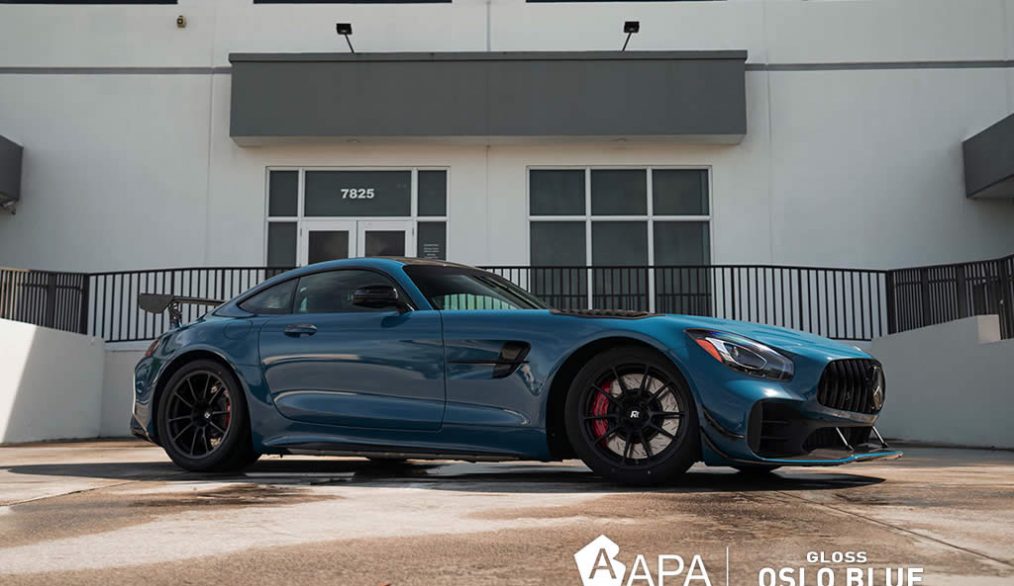 There is some exciting news! APA is releasing Oslo Blue in the super gloss finish! This color is inspired by the alluring dark blue in the sky seen at night in the Norweigen capital! The elegant Oslo Blue is captivating and mysterious. Having this timeless color on your vehicle is like having two colors because during the day the color is bright, but in the night shadow the color is dark! Oslo Blue is a color that is peaceful with lots of depth to it! The stunning Oslo Blue is the newest addition to our America Edition, which is made exclusively for our American customers! If you want your car to stand out, you need to wrap it in this breathtaking color!

Gloss Oslo Blue is made APA’s new Ultrajet Technology! This technology is designed to make the wrapping much more effective and efficient. Ultrajet technology is made with a Pressure Sensitive Adhesive, which makes the installation process of the material much easier and faster.  The UltraJet technology also has a Slidablity feature, which assists in gliding the vinyl wrapping film material to a specific position. APA’s Ultrajet technology works great on both flat and curved surfaces!

Get your Sample Kit Here!